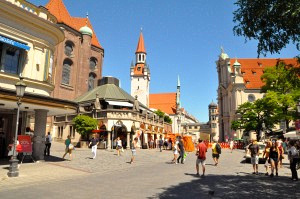 Air China said Tuesday it will commence non-stop service between Shanghai and Munich, Germany on June 6.

Air China will operate the flights using Airbus A330-200s.  The airline’s A330-200 aircraft are equipped with 24 fully lie-flat seats in business class and 215 seats in economy.  Seats in business class are arranged in a 2-2-2 configuration with a pitch of 80”, and a width of 21”.  Business-class passengers can also take advantage of the airline’s VIP Free Car Parking Zone in Shanghai.

Air China currently operates flights to three other European cities, namely Frankfurt, Milan, and Paris, from Shanghai and it will serve a total of 25 European cities following the launch of Beijing-Vienna-Barcelona and Bejing-Vladivostok service later this year.