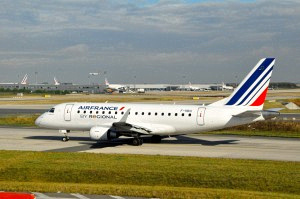 Travelers flying to and over France on Tuesday face delays and flight cancellations as French air-traffic controllers plan to strike over a labor dispute.

Numerous airlines in Europe are warning passengers of delays and some have already posted cancellations.  The French Civil Aviation Authority asked airlines to reduce their flight schedules in and out of airports in Paris by 30%, and by 20% for airports in Lyon, Marseille, Nice, and Toulouse.

The controllers say they are seeking better salaries and improved job security.

Air France, in a statement on its website, said it plans to be able to transport all passengers on long-haul flights to their final destinations, albeit with the possibility of some delays.  Ryanair, on its website, said that the strike is likely to affect “flights overflying France,” and further delays and cancellations are expected on Tuesday.

British low-cost carrier easyJet said it was cancelling 78 flights to France, and Ryanair has already cancelled 26.  British Airways has also announced a small number of cancellations.

The planned one-day strike follows a series of strikes in several other European countries two months ago protesting the European Commission’s Single European Sky II+ program, which called for doing away with national monopolies in air-traffic control and for the “application of normal procurement rules to ensure a transparent selection of the provider offering the best cost/benefit ratio,” among other changes.  The Commission says that the initiative will increase overall capacity, reduce delays, lower emissions, and cut fuel costs, all while saving €5 billion per year without compromising safety.

Last June, French unions protested the planned reforms with a three-day strike that required airlines to reduce flights by a minimum of 50% across the country.