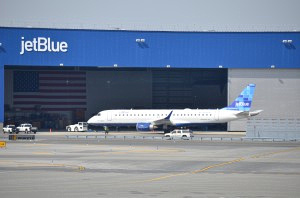 A JetBlue plane at JFK

JetBlue announced that it will commence nonstop seasonal service between New York City and Cape Cod, Massachusetts this summer.  The service will begin June 26 of this year and will run through September 9.  The new nonstop flights will operate daily between New York and Hyannis, the gateway city to Cape Cod.

The new flight will be JetBlue’s 64th nonstop route departing from New York’s JFK Airport. The airline already offers nonstop flights from New York to Martha’s Vineyard and from New York and Boston to Nantucket.

JetBlue carries 30 million passengers a year and serves over 85 destinations in the United States, Caribbean, and Latin America.