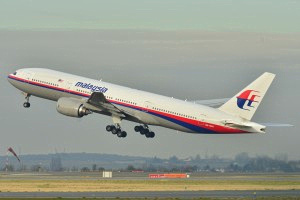 One week after a Malaysia Airlines jet with 12 crew members and 227 passengers from 15 countries went missing, officials are now saying that they the aircraft was indeed hijacked.

On Saturday, the Associated Press reported that a Malaysian government official said that an investigation has concluded that Flight 370 was hijacked, and that one of the pilots or someone else with similar training hijacked the aircraft.  The AP quoted the official as having said that the hijacking was no longer a theory but “conclusive.”

Earlier in the week, officials discounted the theory of a potential hijacking because no individual or group had come forward to claim responsibility.  Now, as more extensive flight data seems to be coming to light, discarded theories are apparently being reevaluated.

Other media reports have floated with idea of sabotage or piracy over the past day, as the phrase “human intervention” keeps reappearing.

One government official said that “an act of piracy” has not been ruled out and that it’s possible that the plane could have landed somewhere.  Meanwhile, a senior Malaysian police official told the Reuters news agency that it is “looking at sabotage, with hijack still on the cards.”

At 12:40 p.m. local time on Saturday, the Malaysian prime minister’s Twitter account dispatched a message saying that “PM Najib Razak will be making a press statement at approximately 1.30pm today, regarding #MH370.”