Phantom Drone Captures Some Incredible Footage of an Erupting Volcano

Drones (we’re talking about the quadcopter kind, not the military kind) are pretty incredible devices… especially when you toss a camera on them. They tend to be a bit expensive though, starting at around $500 for a lower-level one and going all the way up to hundreds of thousands of dollars.

Because of this, the drone footage we usually see is done in a semi-safe environment, where the risk of losing it is minimal. YouTuber Shaun O’Callaghan, however, is a bit more brave — if that’s the right word here — than the rest of us.

Using his DJI Phantom with camera attached, O’Callaghan captured the continuous eruption of a volcano on Tanna Island, Vanuatu. 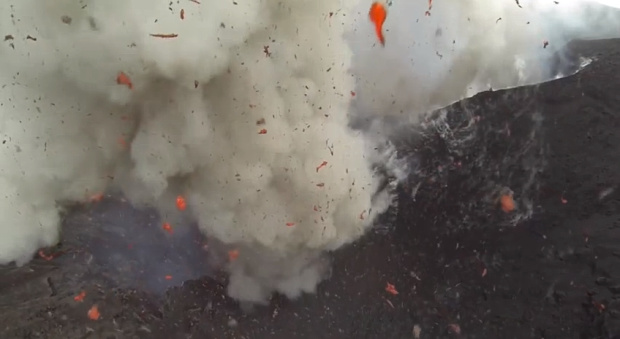 The resulting footage is nothing short of astounding, with some shots showing just how dangerously close the drone came to its death, molten lava shooting up past and around the camera–wielding quadcopter. O’Callaghan proudly notes, though, that no Phantoms were harmed in the making of this video… miraculously.

Coming in at under two minutes long, it won’t eat up much of your time, so be sure to give it a watch. And just as a quick unofficial pole: how many of you would be willing to play around with a $1k or so device above a volcano?