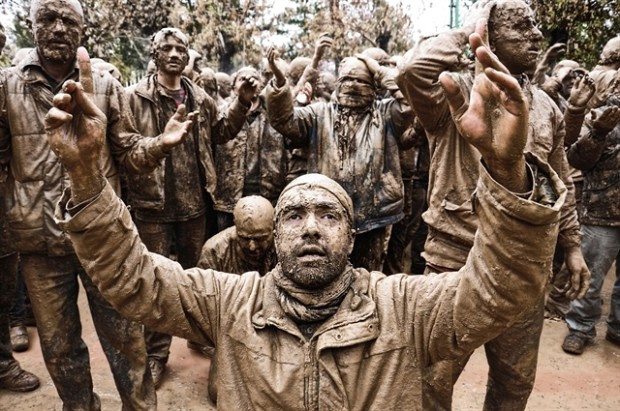 Well, if it isn’t another tale of a photo contest scandal. Earlier this year, it was the World Press Photo winner, now it’s the Sony World Photography Awards — Youth Award. You would think that after a while people would learn, but it doesn’t seem that way.

According to a report by Photocritic, after being announced as the winner of the Culture category in the Youth World Photography Awards, Borhan Mardani has been disqualified due to lying about the age he was when he took the award-winning photograph.

He needed to be 19 or younger when he captured the photograph, but it turned out Mardani falsified his age in his written declaration. And while Sony hasn’t said how they determined this information to be true, a simple background check would reveal his birthday while the metadata would reveal the day the shot was taken. 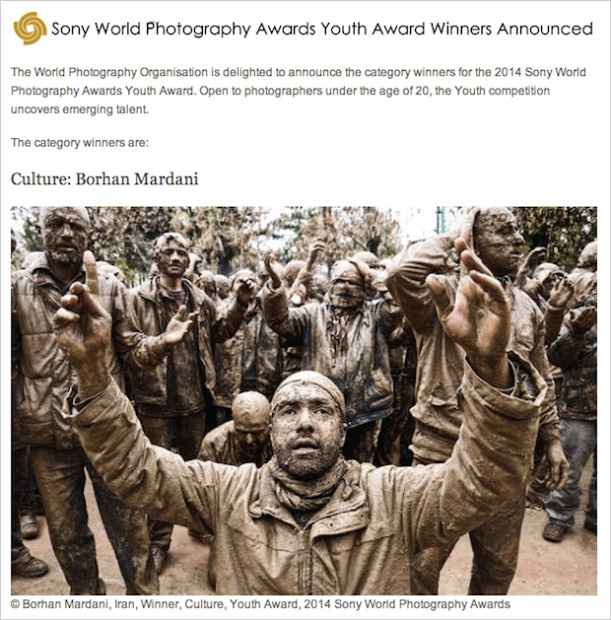 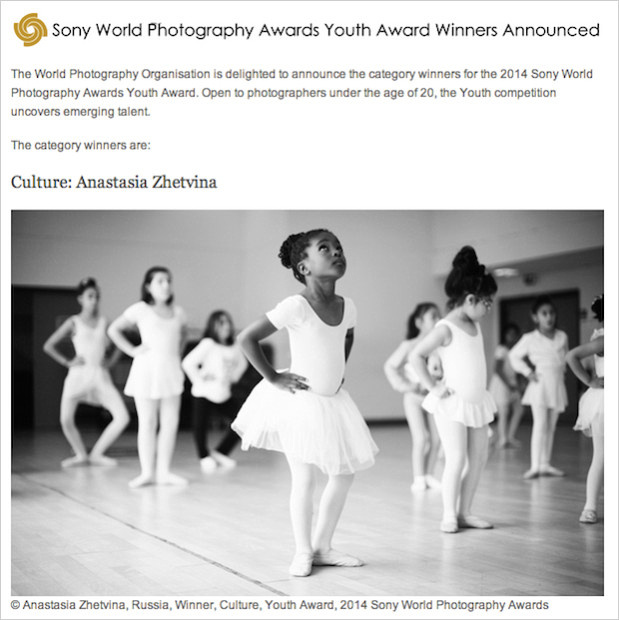 As a result of being disqualified, his prize has since been taken away and given to 19-year-old Anastasia Zhetvina of Russia for her photograph, “Young Talent”, pictured above. Joined by Paulina Metzscher and Turjoy Chowdhury, fellow finalists in the Youth Photographer of the Year award, the three will be taking a trip to London to enjoy their time at the Sony World Photography Awards party next month.