Virgin America Traffic Up for February 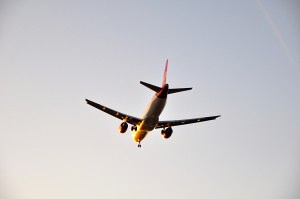 System traffic for the airline increased 4.2% year-over-year to 641 million revenue passenger miles or RPMs from 615 million in February 2013.

Virgin American said its capacity for February was 835 million available seat miles or ASMs, a 2.7% increase from 813 million for the same period last year.

The airline’s load factor for the month was 76.8%, a year-over-year increase of 1.1 percentage points.