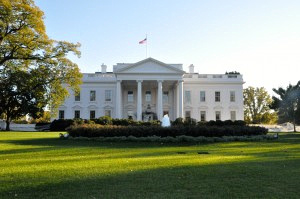 The latest information on the search for the missing Malaysia Airlines 777 comes from the White House in Washington, D.C.

President Obama’s chief spokesman, Jay Carney, told reporters that the search for Flight 370 may expand to the Indian Ocean, where it may have crashed.  The move, according to the White House, is based on new but inconclusive information about the aircraft’s movements after contact was lost on Saturday.

“It’s my understanding that based on some new information that’s not necessarily conclusive, but new information, an additional search area may be opened in the Indian Ocean,” said Carney. “We are consulting with international partners about the appropriate assets to deploy.

U.S. officials said they are moving the USS Kidd to the area to begin searching. It will take 24 hours to position the ship near the search location.

The investigation into the disappearance of Flight 370 has been going on for five days but has produced no conclusive results whatsoever.  The only facts in the case are that the plane departed from Kuala Lumpur on time and never reached Beijing, its destination.  Its last contact with the ground was roughly one hour after takeoff.