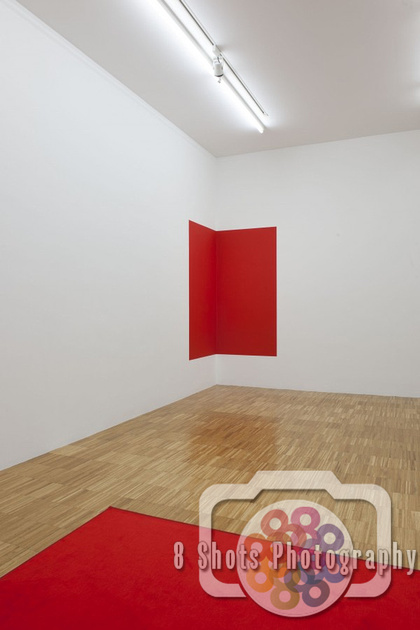 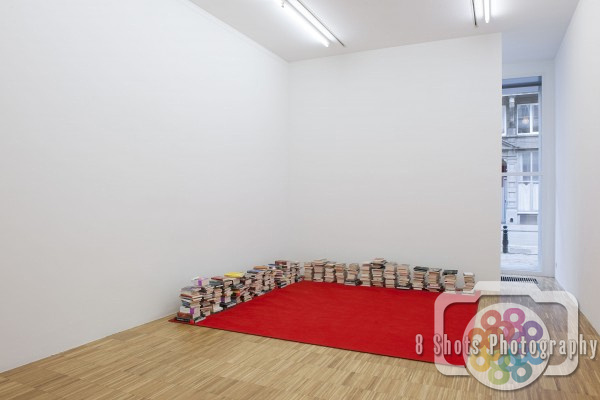 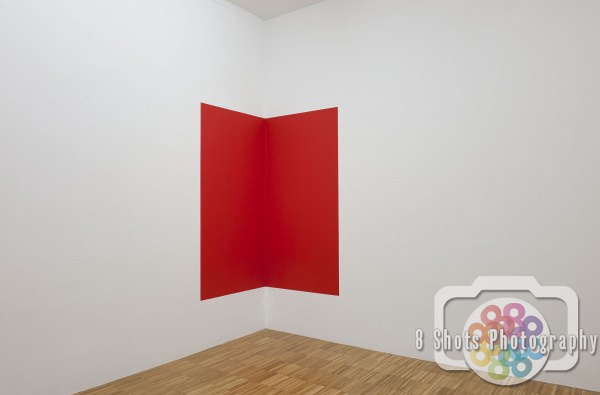 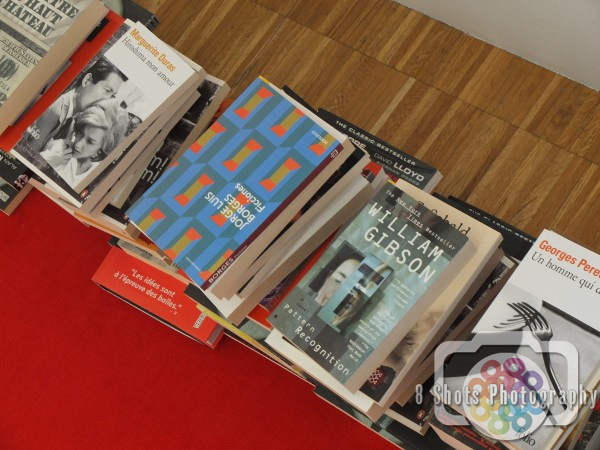 Full gallery of images, essay and link available after the jump. 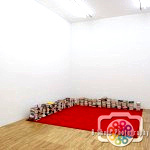 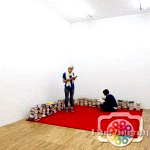 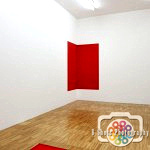 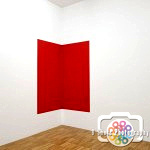 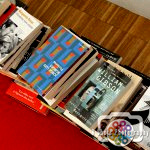 Images courtesy of the artist and Jan Mot, Brussels/Mexico City

I see myself as a failed writer yet still someone with a strong fantasy, an obsessive desire to write.2
–Dominique Gonzalez-Foerster

The installation Tapis de lecture (2000) puts together two recurring elements in the work of Gonzalez-Foerster, both essential to the understanding of the process investigated here: the presentation of the book-object in the exhibition space and the desire of creating a reading “place.”

Gonzalez-Foerster’s installation was composed by a square rug and books which the artist piled along two of the sides. The titles chosen are part of her own library and constitute some of her fundamental references; they are sci-fi books, detective novels, mystery books, critical essays, cartoons, of authors like J. G. Ballard, Philip K. Dick, Jorge Luis Borges, W. G. Sebald, Adolfo Bioy Casares and Jean Ricardou, among others.

The way the books were arranged on the rug corresponded to the artist’s proposal for a library: the piles of books were not organized according to classification parameters but followed instead a different logic which approximated atmospheres, images, feelings. In this piling procedure, Gonzalez-Foester organized her archive of ideas; for her, the book itself is a building block. In this sense, it is symptomatic that one of her first artworks, still at the fine arts school, was a bookshelf in which the shelves were supported by books instead of bricks.3

Tapis de Lecture is of an almost disconcerting simplicity. Curator Lisette Lagnado, who has studied since 2002 the way in which the artist’s different propositions concatenate, proposes a nonlinear temporal order to approach Gonzalez-Foerster’s practice. Lagnado describes that piece in the following way:

“This is perhaps why Gonzalez-Foerster’s subsequent Tapis de lecture (Reading Rug) of 2000 was an environment without walls or roof, in contrast to the closure of her sequence of rooms. An innocent invitation to travel, it displays the technological revolution reduced to the interweaving of two types of network – from the printing and typography of the magician Gutenberg to a flying coverlet taken from the bed of One Thousand and One Nights.”4

In Tapis de lecture, Gonzalez-Foerster faces the difficulty of creating, within the exhibition space, an ambiance which stimulates, as she would like, the experience of reading time. The audience walks through the work and is not able to interact with it; choosing a book and lying down on the rug to read it are actions that just do not take place. The question of illegibility and the void, which bothers the artist, will haunt her throughout her production.

Ten years later, with Desert Park (2010), a piece conceived by the artist for Instituto Inhotim, the artist created a diverse experience with a space of reading. The environ- mental installation took the shape of a small desert placed in the middle of the tropical forest where the museum is located. The piece’s artificial and dystopian landscape is inspired by Ballard. A set of bus stop similes made out of concrete was scattered over a small white sand hill; books were left on the benches, most of them science fiction.

In the park, visitors sit to read; as if a feeling of uncanniness caused by that environment poked the desire to read – and/or – as if Ballard’s science fiction could be felt in the Gonzalez-Foerster exhibition site.

In Tapis de lecture, one observes the interest of the artist in dealing with the perception and creation of dystopian spaces, as well as the impossibility of reading and writing. In this sense, it is interesting to recall that critic Jean-Max Colard, as he wrote about the work for the Expodrome exhibition at the Musée d’art moderne de la ville de Paris in 2007, stated that he saw in that piece evidence of a more comprehensive literature project:

“Keeping away from those readers who insist on a strict separation between high literature and popular creation, Gonzalez-Foerster’s work participates in an ongoing drive toward another reading of texts, one that is more malleable, closer to interpretation, more open to border-crossing and genre-bending – reading as a malleable, ‘plastic’ art form.”5

Gonzalez-Foerster would like to be a writer: “I keep reading all the time, wanting to write and fantasizing about the idea of writing a book ”.6 The impossibility of writing and of creating something new is the central issue in the conception of works like the installations Tapis de lecture (2000), Park – A Plan for Escape (2002), Roman de Münster (2007), TH.2058 (2008), chronotopes & dioramas (2009) and the film De Novo (2009).

Here the hypothesis is that the artist’s loud claim of being incapable to write is no real hindrance but a strategy. The conception of a language made out of sculptures, films and books – expanded literature – and the use, sometimes excessive, of corrupted quotations of other voices, configure signs of an artistic research that seeks new ways of writing and new authorship models.

This operation recasts discussions about a contemporary writing no longer circumscribed to writing’s conventional linguistic systems, but one that allows aggregating the production of images and objects.