Many people in our community are wondering what to do and where to go for the Summer of 2014. Therefore, I decided to do some research and compile a list of suggestions.

I do realize there are so many events, so feel free to comment with your recommendations, or tweet me @hammerbrad

Matinee Las Vegas Festival is the perfect way to kick off the summer! This party brings out hot guys from all over the country. It's a young event with a fresh attitude! The promoters not only bring the best big name deejays, but also the up and coming talent as well. Promoter Jake Resnicow explains, "A Matinée party is all about awe and extravagance. We partner with the hottest and most cutting-edge acts from around the world. It will be breathtaking."
I have to agree! I have attended this festival for the past two years and it is by far one of my favorite events of the year!
www.matineevegas.com 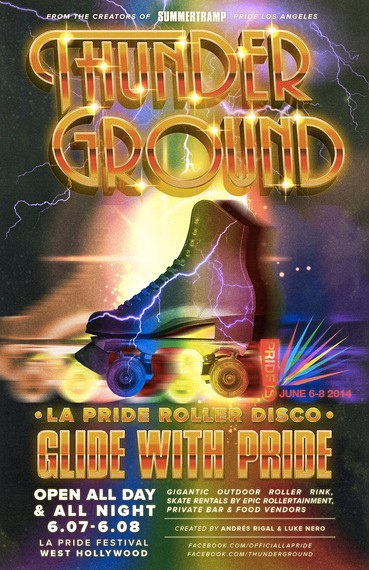 Andres Rigal and Luke Nero are known for their events that bring out a diverse and colorful crowd. This event will take place at the Los Angeles Pride Festival, where they will actually build an outdoor roller skating rink! Luke explained further, "Andres and I are creating our parties for the new generation, who do not feel the need to have everything be over sexualized. They really want the event itself to be about having a good time." Well...a roller skating rink in the middle of an outdoor Gay Pride festival, now that sounds very entertaining!
www.lapride.org

The first large scale electronic dance music festival produced for the LGBT community, has joined forces with producer Jeffrey Sanker, following the success of White Party Palm Springs 25th Anniversary, to deliver an unforgettable experience with state of the art visuals and effects, top caliber production values and world class performers. The production will come to life on Sat. July 5 at Southern California's National Orange Show Fairgrounds - just 40 minutes from downtown LA. This is a groundbreaking event that should not be missed!
www.1LIFEFEST.com

Zoo Party has taken its place as a truly legendary gay event. The San Diego Zoo provides what must be one of the most dramatic backdrops for a dance party, straight or gay, in the world. The party starts mid-afternoon and goes on right into the night, when the beautiful lights come on and create a stunning ambience. Many of the guys even come in animal costumes!
www.sandiegopride.com

The international Gay Games are coming to the United States this August attracting athletes from around the world, throwing a number of major parties and events and bringing in world-class DJs and performing artists. They've also caught the attention and support from many companies including Gay Games 9 (GG9) sponsor, GRUNT App. GRUNT is having a model contest (video below) asking GG9 participants to vote for which famous underwear models they want to meet in person at GG9. This awesome event is being held in Cleveland, OH, which means you can attend a world-class event in a place that doesn't cost a lot travel to. Register before May 31, 2014 to participate in any of the 35+ sports at this weeklong event (8/9 - 8/16/2014) and party it up! You don't have to be good. You don't have to be gay. You just have to be 18+.
www.GG9CLE.com 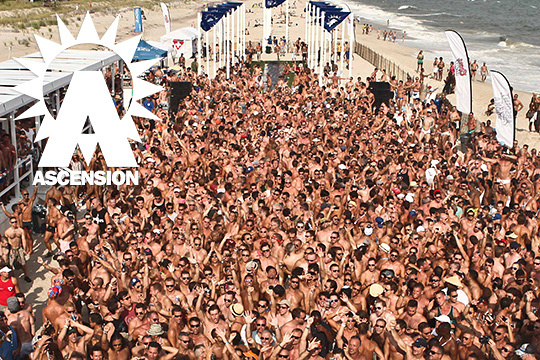 Photo credit: Fund in the Sun

Ascension is a gay and lesbian, daytime, world-class beach party with a planned attendance of up to 4,000 guests. Nothing is much better than the miles of warm sand and the breeze of the ocean, as you listen to the uplifting music at this party. Fire Island is a magical place that everyone should experience. This summer and this party would be a great time to start a Fire Island adventure.
www.ascensionparty.com

Market Days is largest two-day street festival in the Midwest with more than 100,000 people from all across the United States in attendance. The festival has a reputation for being one of the best in the country. I could not agree more, this festival is the main thing I miss about living in Chicago!
www.northhalsted.com 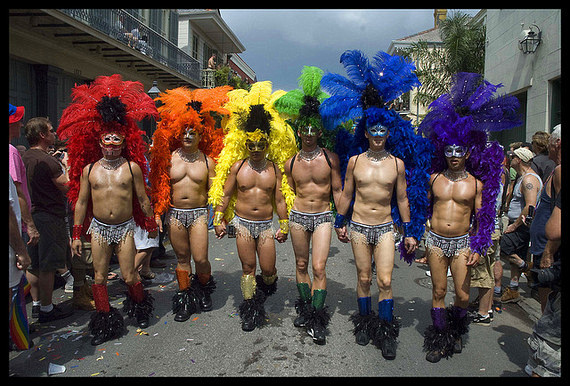 This party is rich in history, starting forty-three years ago! It is known as the "Gay Mardi Gras" and is one of the largest annual celebrations in New Orleans. This event attracts over 125,000 gay, lesbian, bisexual, and transgendered participants. It is a wild party that the city has embraced, so get ready to let your hair down!
www.southerndecadence.net