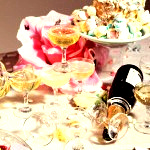 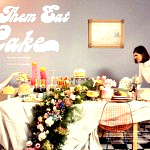 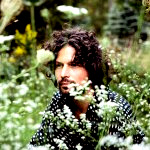 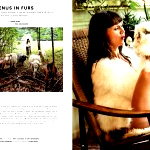 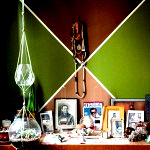 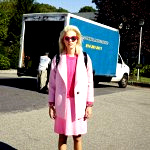 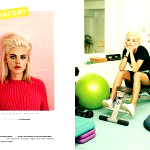 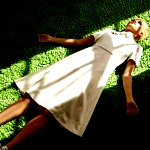 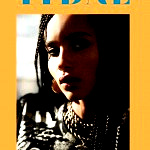 In her Editor’s Letter from issue 2 of Tidal magazine, editor-in-chief (and photographer) Anna Wolf writes: “Tidal is truly becoming a place where creative talents come together.” Tidal, a bi-annual print publication that combines fashion, culture and lifestyle stories from both coasts, was an idea Wolf had in the summer of 2013. “I was trying to find a home for a fashion story I had recently shot,” she told PDN via email. “My husband [now Tidal‘s creative director Mike Perry] suggested that I start my own magazine so I had a place to run the images from the shoot.” Wolf took his advice. After a successful Issue 2 launch party in January 2015, Wolf told PDN how she and her team made it happen.

PDN: What is Tidal magazine about?

Anna Wolf: It’s a place where you can turn every page and see something beautiful: fashion that’s approachable, entertaining stories that are fun and not too precious, and celebrity profiles that make you feel like you’re reading an interview with a friend.

PDN: Where did the idea come from and who were/are the original Tidal peeps?

AW: It started with this small desire just to see my shoot in print, and then became a much bigger idea; a place to collaborate with photographers whose work I’ve always loved, to discover new photographers’ work, and to bring them together with writers, illustrators other creatives. [Perry] helped design the first issue along with his assistant at the time, Kayla Kern. We also have executive editor Lisa Butterworth, producer Tara Trullinger, East coast editor Jen Steele, and photo/fashion editors Ash Barhamand and Ian Bradley.

AW: Yes! Deciding on content and how to tell each story is a highly collaborative process. I’m lucky to have such an incredibly talented and thoughtful team.

PDN: So it’s a giant, collaborative endeavor… how do you keep things organized?

AW: We’re continually improving on our process, but we try and keep everything organized in a spreadsheet and on our calendar. We schedule all content, stories, writings, etc. and put deadlines in place to keep us on track. It’s a work in progress but each issue gets that much more organized.

PDN: So Issue 2 just came out—when was the first issue released? Assuming you want to keep things going, what’s next and when?

AW: Our first issue was Spring/Summer 2014. We do have plans to keep things going; we are having so much fun! Currently we’re working on Issue 3, Spring/Summer 15, which will be out in May. We’re taking our time, making the upcoming issue as strong as it can be.

PDN: Here’s a less fun question—how is this funded? How many issues are produced?

AW: Tidal is self-funded by me, but I truly feel that it’s worth every penny. It’s such an inspiring project and has allowed me to meet so many new people. We are currently printing 1,000 copies, with hopes to print more as our reach expands and sales go up.

PDN: What else can you tell our readers about the process of producing an independent magazine?

AW: Oftentimes I think the hardest thing about doing something like this is just making the decision to do it. As difficult as it is pulling the trigger on seemingly big ideas, once you do, all of the details get sorted out.

For more on Tidal or Wolf, please visit their websites.