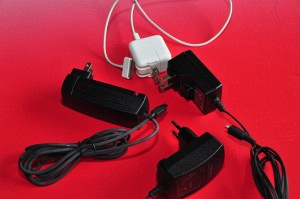 Mobile phones sold in Europe may soon come with a standardized charger connection.  Members of the European Parliament recently drafted an update to European Union radio equipment laws that would require certain categories of radio equipment, including mobile phones, in the EU to be sold with a common charger.

Legislation for this concept first came about in 2009, when ten mobile phone manufacturers agreed to support a universal charger for their devices in the EU.

Although it will ultimately be up to the European Commission to decide which types of equipment will have to adhere to these rules, the Parliament expects that the new legislation will apply mainly to mobile phones.

The new common charger regulation is expected to reduce environmental waste and costs, as well as make charger use simpler for consumers.

The new law is part of the larger Radio Equipment Directive that aims to develop a common set of rules for regulating radio equipment in the EU, including mobile phones, car-door openers, and modems, in order to ensure that the devices adhere to health and safety standards and do not interfere with each other.

The directive also includes provisions for European authorities to use market surveillance tools in order to detect noncompliance with the new regulation.

The draft directive has already been passed in the Parliament with 550 votes to 12 and 8 abstentions, and is currently awaiting approval by the Council of Ministers. Once the new regulation is adopted, countries in the EU will have two years to integrate it into their national laws and manufacturers will have an additional year to achieve compliance.