Krystle Wright on Telling Stories with Your Adventure Photography 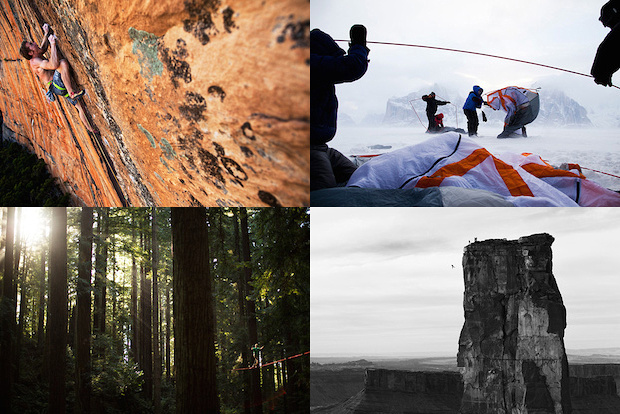 Krystle Wright has documented her expeditions a little differently from some of her fellow adventure photographers. Using her breadth of knowledge of photojournalism from her Agence France-Presse and Sunday Telegraph newspaper days, Krystle’s images weave together, depicting the full experience of what it’s like to be exploring different lands, from Pakistan to Antarctica.

Here, we talk with Krystle about how she edits down her images for an essay, what kind of gear she takes with her on a journey, and how keeping close tabs on World Press Photo, POYi, NPPA winners helped shape her critical eye. 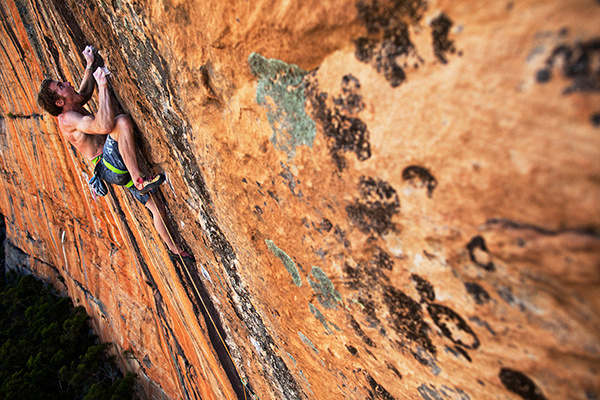 PhotoShelter: Tell us about your expeditions. What’s typically your role?

Krystle Wright: There are times when I’m approached to join an expedition specifically as their photographer but I’ve never wanted to be ousted, I much prefer to be one of the pack which naturally happens. Expeditions can test everyone whether it be physically, mentally, or emotionally. I believe you can’t just sit on the outside and expect to take great images. For me to properly document an expedition, I want everyone to feel comfortable with my presence and trust that I will respect them and capture the best images possible.

Ultimately, I don’t see them as athletes or clients but as friends. Being an adventure photographer is a lifestyle and a passion. With a common love of adventure with the athletes, there comes a mutual respect for what each brings to the table and unique friendships tend to happen often. 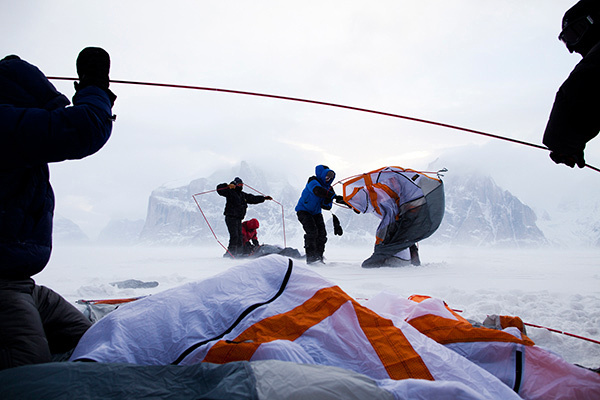 PS: What is the editing process like for you when creating these stories?

KW: I used to wait until I got home to begin editing; however, these days with the expectation of blog updates and social media, I’ve begun editing along the way. Especially last year during a 2-month kayaking expedition across Mongolia and Far East Russia, I was able to find a few hours occasionally to download and quickly make a rough edit each time. It made a huge difference after the trip as I was able to get the media out far quicker than previous trips.

It’s a hard balance though, as I felt like I was missing images whilst downloading and performing the quick edits. Ultimately it depends on the nature of the trip as my next expedition coming up will be 2 weeks in Alaska’s backcountry documenting first female ski descents. I doubt I’ll have time to edit as it will be non-stop shooting and filming so there is a strong chance that I’ll only edit after the trip.

PS: Your work resembles straight photojournalism — did you study this in the past?

KR: I did go to University; however, I was hopeless and rarely turned up to class. I was frustrated with my courses mainly because I felt I was on the outside-looking-in, wishing to be a sports photographer and no one to give me direction. I sought out mentors in the field such as Tim Clayton, Craig Golding and Steve Christo. It was under their mentorship that I began to learn to construct a strong photo essay. Watching each year’s winners of the World Press Photo, POYi, NPPA, opened my eyes on how photographers would construct strong powerful short photo essays.

I received further help under the guidance of photo editors Sadie Quarrier and Ken Geiger. Ken encouraged me to look at the whole story, the small delicate moments that go into an expedition that may be overlooked. Whether it be preparing camp, eating, etc. there is so much story that goes into these big trips rather than just the high action octane moments.

Each trip teaches me how to improve and do a better job next time round. Aside from editing and getting critique from others, ultimately it comes down to shooting more!

PS: On average, how many images do you take during an expedition?

KW: Through each expedition, I always feel that my photography develops to another level. Rather than aim to shoot as many photos as possible, I really try to slow it down and really think about every single frame. Sometimes you’re thrown into the thick of the action and naturally fire more frames, though ultimately you want to shoot for quality over quantity. Make every frame count!

PS: Do you show your “Stories” work to potential clients? Do you think it’s helped you get more work?

KW: Most certainly! In fact, it’s essential for me to show such work that have drawn new clients to me. I use to work for AFP and The Sunday Telegraph

I refused to wait for someone to come knocking on my door as I knew I needed to create opportunities for my work. The beauty about expeditions is that they are unique trips that provide incredible opportunities for different imagery and I am the only photographer there. Generally, the story that comes with the big expeditions create interest amongst an array of magazines and news outlets so I do feel very lucky that it is my personal work that draws work for me. 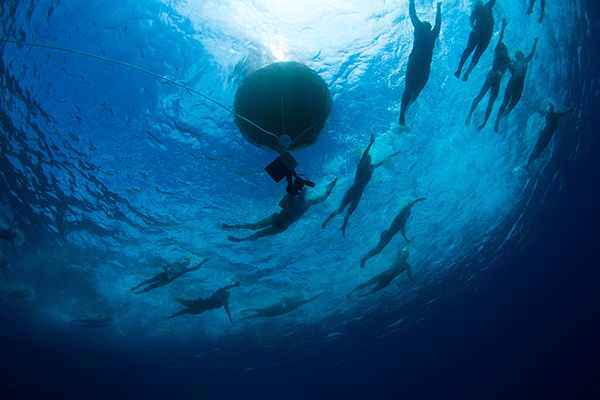 PS: Physically, what was the most difficult journey you’ve been on? How did that affect your images?

KW: My first major expedition to Baffin Island challenged me in many ways. I’ve never felt so cold! I let a lot of image opportunities disappear on that expedition but it was also a major learning curve. I tried to shoot through some of the harshest conditions thrown at us, yet I remember dropping the camera around my neck because the camera body was too cold to hold and my fingers were in excruciating pain.

It was frustrating not being able to keep shooting through the situation but I also needed to be wary of frost bite. It was better to rest and rewarm the fingers rather than push it too much and risk permanent damage. There is always a delicate balance and, of course, trying to be prepared with the right gear so that you can battle the elements without risking physical injury.

PS: What gear do you carry with you? How do you pack light — and how does the extremes from the weather affect what gear you bring?

KW: Every trip always has me re-evaluating what gear is needed for the trip. I will always carry two bodies. Originally the primary reason was to be able to have a back up in case one of the camera bodies would fail due to an accident or to the elements. Though there is now the other reason of needing a camera body dedicated to filming and the other to stills.

I find the process much easier having the bodies separately dedicated to their settings (stills or film) rather than trying to change my settings continuously between the two. The Canon bodies I use are burly bodies. They’ve easily withstood the freezing temperatures in the arctic, monsoonal storms on the asian continent and sandstorms blasting at me in the desert. I try to protect the gear when I can with a AquaTech weather shield, though there are situations when you simply need to shoot whether you’re prepared or not.

Choosing between the lenses is difficult as I prefer the fixed lenses. However, there are times I can’t choose such luxury, especially if I want to be hiking up huge mountains. The weight is key because it isn’t just camera gear I need to carry. I also need to carry other equipment: whether it be ropes, carabineers, first aid medical, emergency down gear, avalanche gear, the list goes on.

Ultimately, it comes down to safety, efficiency and the bare necessities to get the job done. Though I will admit, I’ve carried the extra lens or two to have some luxury in choice when I am willing to shoulder the extra weight. 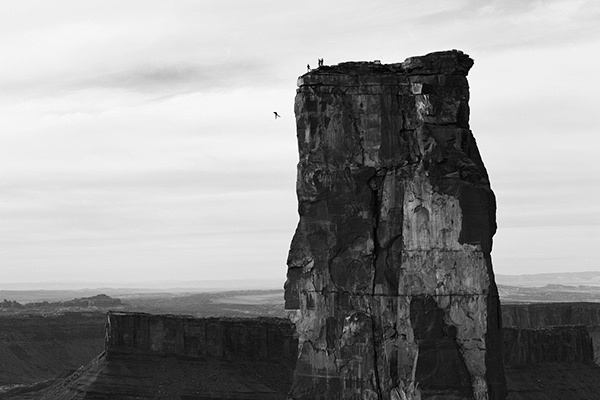 PS: Is there a “sweet spot” for how many images should be in the final series for a story?

KW: That’s a difficult question! Originally I use to think 12 images due to the nature of most competitions such as World Press Photo. However, I’ve appreciated the opportunity to showcase a larger feature during photojournalism festivals such as Reportage in Sydney. At the moment, I believe the number 30 is a sweet spot for me. No doubt many photographers would argue this point though, because it comes down to personal preference.

About the author: Sarah Jacobs is a Marketing Associate at the photography website provider PhotoShelter. This article originally appeared here.