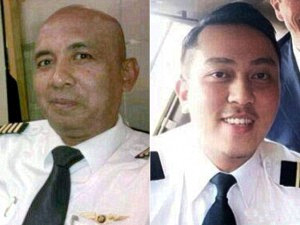 Malaysia Airlines executives reversed course on what had appeared to be a clue in the presumed hijacking or takeover of the missing Boeing 777 jetliner over a week ago.

On Sunday, Hishammuddin Hussein, who is both the country’s minister of defense as well as its acting minister of transport, said that the Aircraft Communications Addressing and Reporting System, or Acars, had been “disabled” at 1:07 a.m., 12 minutes before the last communication from the plane, a sign-off which took place at 1:19 a.m.

The airline’s chief executive, Ahmad Jauhari Yahya, said Monday at a news conference that Acars had been working normally at 1:07 a.m. and that it was the system’s next regularly scheduled update, which would have been at 1:37 a.m., that did not occur.

“We don’t know when the Acars system was switched off,” he told reporters, confirming that the sign-off, “All right, good night,” took place between the two scheduled Acars transmissions.

The new information raises questions as to whether the plane’s disappearance was, as the country’s prime minister called it, a “deliberate action” or simply a catastrophic electrical or mechanical failure.