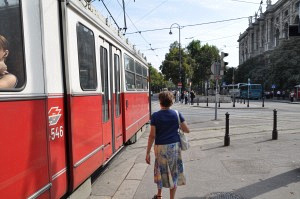 Hyatt announced it will open a new Park Hyatt property in Vienna, Austria, on June 1 of this year. The Park Hyatt Vienna will be located in the city’s Golden Quarter, in a 100-year-old building that once housed the Austrian Hungarian Monarchy Bank.

The hotel will have 143 guest rooms and 35 suites. The property will also include four dining establishments, a pool, fitness center, spa, and 6,900 square feet (641 square meters) of meeting and event space.

The new hotel will be located in the heart of Vienna’s exclusive shopping district, within walking distance of many upscale venues including Louis Vuitton, Prada, and Emporio Armani.

The hotel will be the first Park Hyatt property in Austria, as well as the only hotel in Vienna’s Golden Quarter.