Malaysian Air Force: Plane Did Not Detour Over Strait 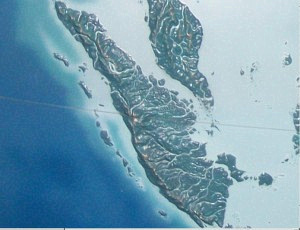 Image of the Strait of Malacca

A Malaysian air force official added to the confusion surrounding the search for the missing Malaysian Airlines flight when he categorically rejected reports that the Malaysian military had tracked the plane by radar over the Strait of Malacca, one of the world’s busiest maritime shipping channels.

The official, as reported by the Wall Street Journal, said that the plane had disappeared from radar midway between Vietnam and Malaysia and was apparently turning back.

As terrorism seems to be a less likely cause of the plane’s disappearance, the focus has switched to potential problems with the aircraft or pilot or pilot error.

The lack of progress after four days is leading to a wide variety of reports and speculation in the media.   CNN reported that the plane flew for more than an hour with its communication transponders switched off, while the Washington Post suggested that the pilot might have killed himself, citing Federal Aviation Administration data that shows that 24 pilots have killed themselves by crashing planes over the past two decades.

Meanwhile, others have turned to a four-month-old FAA Airworthiness Directive for the 777 that warned of a potential weak spot in the aircraft under the satellite antenna that could lead to the “loss of structural integrity of the aircraft.”