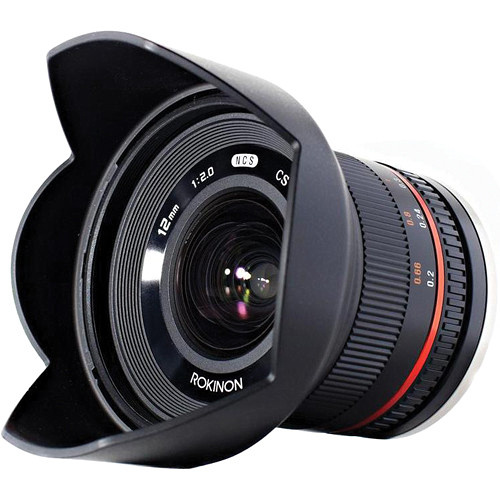 If you believed the rumors, today was supposed to be the day Samyang debuted its first AutoFocus-capable lenses. But that, it seems, wasn’t in the cards. What Samyang did announce today (and what they have apparently been teasing all week) was a new 12mm f/2 and several revamped older models that will now work with APS-C and MFT mirrorless cameras.

Once you get past your disappointment at the lack of an AF update you realize that this is still a significant and wise move by Samyang. In essence, the company has given its vote of confidence to the mirrorless systems that many believe are the future of photography, expanding the options available to MFT and APS-C mirrorless owners.

The only new lens of the bunch is a 12mm f/2 ultra-wide lens that will give you an 18mm equivalent focal length when attached to the APS-C cameras it is designed for or 24mm if you decide to buy it in MFT mount. The 12mm along with an updated version of Samyang’s 8mm f/2.8 fisheye will be available later this month (pre-order now) for Sony E, Canon M, Fujifilm X, Micro Four Thirds and Samsung NX mounts for $400 and $350, respectively. 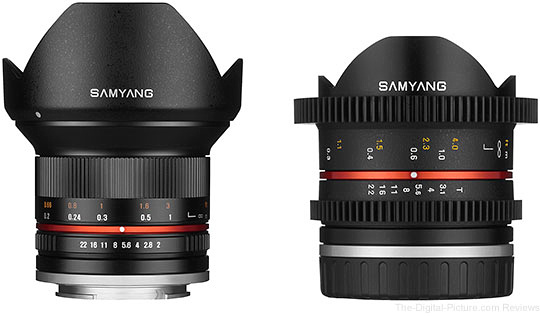 In addition to the updated 8mm and all new 12mm, Samyang also revealed availability for its previously-announced 10mm f/2.8 (later this month in just about every DSLR and mirrorless mount you can think of for $530) and made its 35mm f/1.4 and 24mm f/1.4 lenses available for both Micro Four Thirds and Sony E mount.

Finally, all of these new or updated lenses also received updates on the cine-lens side of things. We won’t go into detail there, since we’re not the video guys, but it is a very wise move to update their cine-line with MFT compatibility given the release of the ultra-capable Panasonic GH4 and its 4K chops.