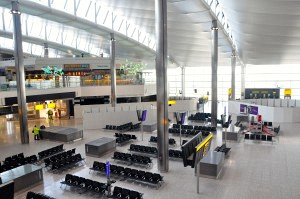 Following an announcement last December that the British government would increase its air departure tax effective April 1, 2014, Chancellor George Osborne said he would implement reforms to the Air Passenger Duty effective in 2015.

Osborne said the cost will decrease for the longest flights.

The APD uses a banding system which calculates the cost based on the distance between London and the destination country’s capital city.  This has resulted in some shorter trips costing more than longer ones.  The APD on a trip from London to Jamaica costs £300, a 4,500-mile (7,242-kilometer) trip, while the tax on a trip to Hawaii, a 7,000-mile (11,265-kilometer) trip, costs £240.

Flyers who are transiting the U.K. are exempt from the tax, but Osborne said he will change the rules to assess the tax on private-jet trips as well.

The relatively high tax, which was introduced in 2006 and cost £5 per person for short-haul flights and £10 for longer ones, is unpopular with travelers and airlines alike.