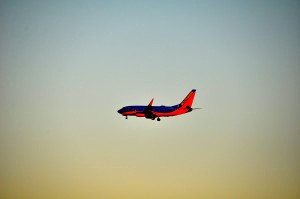 Southwest Airlines announced its operational results for February 2014. The airline’s system traffic and load factor both increased from last year, while its capacity decreased.

On the other hand, the Dallas-based airline’s capacity decreased 1.7% to 9.1 billion available seat miles, or ASMs, from 9.3 billion last year.

The airline estimates that passenger revenue per available seat mile, or Prasm, is up by 5%. February’s Prasm includes one point of benefit from weather-related cancellations during that period.