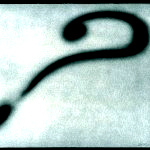 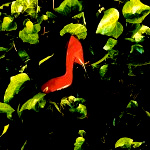 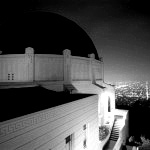 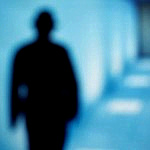 Classic film noir movies gave us more than memorable hardboiled detectives and sexy femme fatales. The visual style of film noir—gritty shadows, low-key lighting, tilted horizon lines—has influenced many visual arts, from television and video games to advertising. To celebrate this influence, The Skirball Cultural Center in Los Angeles has teamed up with the Academy of Motion Picture Arts and Sciences to present “The Noir Effect,” an exhibition examining the influence of film noir on contemporary photography and other media.

The show includes work by Cindy Sherman, who mimics stills from film noir in some of her selfportraits, and Bill Armstrong, whose “Film Noir” series is characterized by deeply saturated colors and abstract shapes, yet manages to capture the ominous mood of film noir. Ronald Corbin captures black-and-white scenes of rain-soaked sidewalks and neon lights that look like they came right out of the movies of the 1940s, but were shot in the 1990s. Other artists in the show include Ed Ruscha, Jane O’Neal and Helen Gardner. —Holly Stuart Hughes

“The Noir Effect” runs through March 1, 2015 at The Skirball Cultural Center in Los Angeles.