Mads Nissen’s Ode to the Amazon 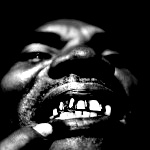 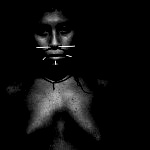 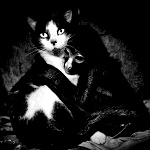 In 1999, when Mads Nissen was 19, he was living and working in Puerto Ayacucho (a “sleepy” Venezuelan town on the edge of the rainforest, he says). Nissen recalls this moment as the catalyst for his infatuation with the Amazon Rainforest:

“I had been walking through the rainforest for several days when I reached a glade and a dense, green wall closed around me. I stood, bare-chested in the center of silence, at the center of the organism. In a state of disintegration, I sat down on a tree stump, remained there and let go. I was no longer anything, and if I died right there in the glade it would be fine—even beautiful.”

It wasn’t until 2006 that he began his long-term series on the region, spending several years studying photojournalism and traveling for other projects before returning.

AMAZONAS, Nissen’s ode to the rainforest, was published in 2013 (Gyldendal Publishing). The photo book captures the wild cornucopia of life in rich black-and-white tones and examines the Amazon as a representation of both “our origin and our future.” Nissen’s core concept was simple: to explore who we are. To execute his vision, he abided by his own strict rules about simplifying his compositions. “If I needed a lot of foreground and layers in my compositions, it’s because the expression of the image wasn’t strong enough,” he says. His image selection stretches from his first trip with a camera in 2006 to the final trip after completing his book dummy.

Nissen has not returned to the Amazon since completing his book, but he knows that he will return, explaining that spending so much time in the rainforest has shaped who he is today. “In no other place can such an abundance of life be found,” he says. “Just as overwhelming is the human culture that encounters, confronts and attempts to control this primeval wilderness. Civilization pushes the boundaries of this virgin territory, tests it, conquers it, only to finally succumb to it, time and time again.” And, despite the growing exploitation of nature, Nissen echoes this sentiment in his book: “I try not to worry that humans are destroying nature; I know that it will win out in the end. I have seen plants shoot up through oil slicks and I know that cockroaches can survive more plutonium than humans. That eases my mind.” —Jacqui Palumbo