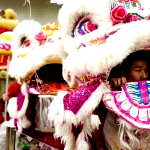 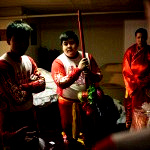 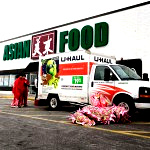 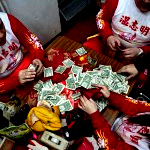 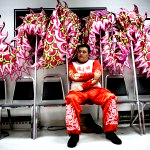 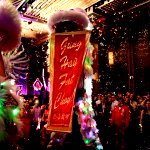 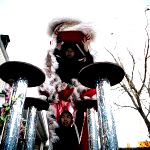 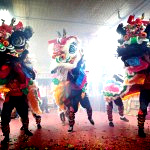 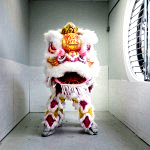 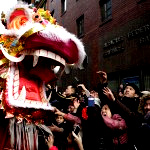 Today, February 19, 2015, many Asian cultures ring in their new year – The Year of the Sheep (also known as Year of the Ram or Goat), one of 12 animals assigned to the Chinese zodiac calendar. One of the many ways to celebrate is by watching traditional lion dance,  performed by two dancers dressed up in a costume.

San Francisco-based photographer Jason Lam, a Chinese-American, says he started lion dancing when he was 12 years old. For him, lion dancing “is one of those activities I embraced with great passion because it gave me a place to belong.” To maintain that sense of belonging while he was living in New York City to study at the International Center of Photography last year, he decided to document a local Lion Dance Team, The Wan Chi Ming Hung Gar Institute.

Lam has worked on a few other New York City-based stories centered on Chinese culture, including Childhood: Colorful Chinese Snacks” and “11pm: Late Night Restaurants of Chinatown.” He plans to celebrate the New Year, and says that “seeing family, and enjoying the festivities with one another” is his favorite part of the holiday.