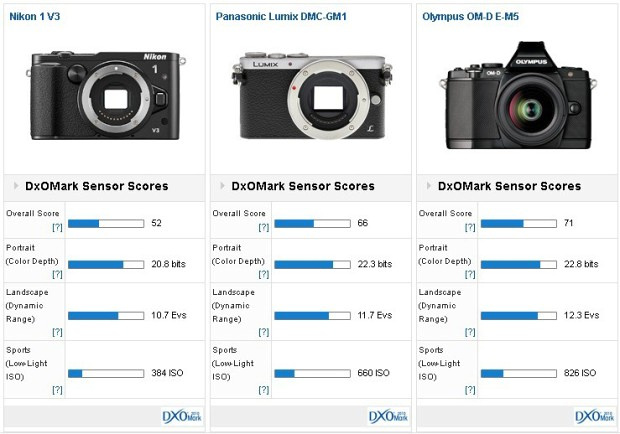 DxOMark is certainly not the be-all-end-all of camera sensor testing outfits, but what it has going for it is consistency and a whole lot of experience. So while you might not put much stock in their sensor scores, DxO is a great resource for comparing sensor performance between models.

We say all this because there are some Nikon fans who will immediately be upset by the news that DxOMark claims the new Nikon 1 V3 might not live up to its price tag.

First, the positives: even though Nikon has increased the megapixel count of the V3 sensor over previous models, it seems to have had no negative impact on color depth, dynamic range or low-light ability. But that’s sort of where the good news ends, because it hasn’t led to any measurable improvements either. 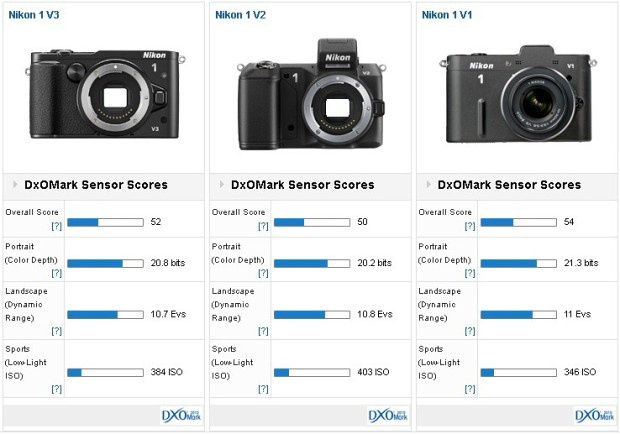 And it only gets worse from there, because not only did cheaper Micro Four Thirds cameras beat out the sensor in most cases — that’s expected given the larger sensor — some compacts with the same or even smaller sensors managed to match or beat the V3 as well. 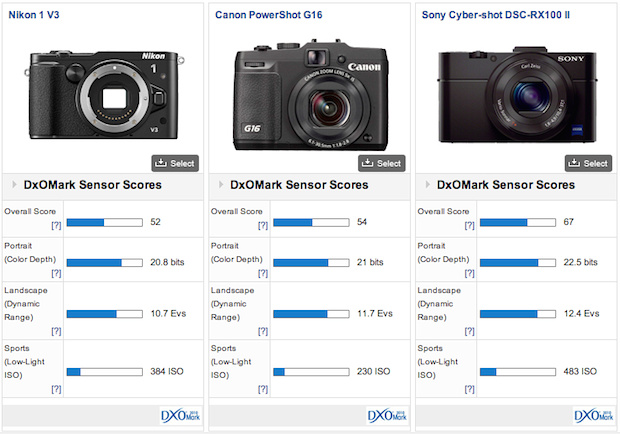 Of course, this doesn’t mean they’re better cameras. The $500 Canon G16 and $700 Sony RX100II might outperform the V3 in DxOMark’s tests, but neither can shoot 20fps with AF tracking or 60fps without. Nor can either camera match the V3′s super-fast AF.

Still, it would have been a huge boon for Nikon had the sensor in the V3 outperformed or matched its competition, given the steep price tag the company decided to attach to the V3 at launch. Head over to DxOMark by following the link below to read the full review.

Nikon 1 V3 sensor review: Ahead by design? [DxOMark via The Phoblographer]